When Passion and Technology Come Together

From the Davis Cup, Tour de France, Four Nations Cup, Formula One, the Champions League and much more, sport has millions of fans wanting to follow all the latest news and views about their favourite players, teams, matches and results. All on demand, at the click of a button.

This creates a need for a vast amount of data and analysis to be made available. Any major sport has a mass of valuable data collected before, during and after events. This can include personal information about the player’s diet to the equipment they use, and much more. This information is collected and used to optimise performance, as well as enhance training regimes and playing styles. 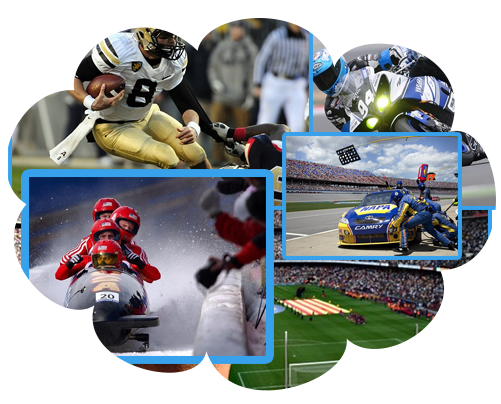 Several million data points can be used to ascertain patterns of play that is added to information gathered from sensors on the court/field/track to provide detailed analysis to keep fans up-to-date on matches, scores, interviews and the latest tournament news, often shared in real-time across the media alongside live commentary in play.

At the sharp end, players and coaching teams are also able to look at big data to assess player performance. This helps sportsmen and women see how small improvements in a number of different aspects of what they do can impact on the overall performance.

To cope with demand across sports is a challenge with the quantity and complexity of data to be managed. Cloud computing is a good option as it can handle a large number of real-time updates across mobile devices on-demand. During periods of high usage, cloud infrastructure can be supplied quickly and then taken down after the event. This means companies only need to pay for the capacity they use during the high-usage period. Cloud also allows games to be stored and re-used later.

The use of the cloud also eliminates the vast resources often needed to deploy traditional data centres, and addresses concerns around cyber security.

Wimbledon Tennis applied cloud solutions when they challenged developers to create apps to improve ticket resale and virtual queuing. With just two days to build new ways to create an improved experience for fans on-site at Wimbledon, the winning idea was ‘Serial Box’ that used near-field communication technology to enhance ticket reuse, reducing the re-allocation of tickets from 20 minutes to fewer than five seconds.